The Power of the Pen—er, Networking

A month ago I was in a state of despair. Oh, excuse me for being weak-minded, but when I buy the Sunday Asbury Park Press at my 7-Eleven, the first thing I read (really, and before the comics) is Anne Bendheim’s column on “What You’re Reading.” This is a review each week on what a reader submits that he/she finds interesting. I’ve had seven reviews published there.

I don’t know how many of you read Sunday’s Asbury Park Press, but you may have noticed on June 26 that the “Tell Us What You’re Reading” column was missing. I fired off a shocked e-mail to Anne, who edits the page. (Anne describes herself as not being on Facebook and “the only person in New Jersey without a cell phone.”) I wrote, “This page is the only voice of the people, except for reader rants on the Op-Ed page.”

She replied, “I had no choice but to pull the column. I had no reader responses for more than six weeks. I was reduced to calling my friends for their suggestions—and I ran out of friends.” Isn’t that an outrageous state of affairs?!

Now, Anne was suggesting that “it might be the case” for the column to be reinstated if she were deluged with thumbnail book reviews. She’d need four or five in advance.

It’s a simple process to send an e-mail to abendheim@pressmedia.com about the book you are reading, and a short description of the book and why you like it. Include your name and town, and put “What I’m Reading” in the subject line.

I wrote a note to the two score names on our Writers’ Circle mailing list, suggesting they stop and send a review now. I told them, “C’mon. We’ve read Peter Pan, and we know Tinker Bell will live if we all clap our hands — and post a book review.” That done, I sent a note to the Monmouth County writers’ group on Yahoo! I sent individual e-mails to others I knew were literate. And then I sat down to scribble a review of Caleb Carr’s The Italian Secretary.

The next day, Anne sent me a note, saying she “just got a new cat and named her Tinker Bell.” Is that a coincidence or what? A week went by with no review … and then it appeared. The following week, my Caleb Carr review appeared. I won’t take credit for this, but in a small way I hope I’m responsible for bringing back interactive reader-newspaper communications on the subject of books we like.
at 1:53 PM No comments:

Tubing Down the Stream Called Summer

I admit it. I have little discipline to keep up this blog unless news intrudes. There’re distractions like drinking beer on the boardwalk. Moderating a writing group. (I’m so proud of them — us.) Going to jazz and wine festivals. Hanging out with my family. The usual summertime activities.

But to the news. Bewildering Stories has just published “Fish Stories and the Mermaid,” at http://www.bewilderingstories.com/issue439/fish_stories.html. I was chided that this was PG-rated and I should have issued a warning to young people (who already know things I have to look up, like what a “Norwegian ice rocket” is).

But don’t distract me. What I want to say is that I ran across a heavy word: synanthropes. (It’s G-rated, so keep reading.) The word refers to curious ways that animals adapt to humans as they’re crowded out of their habitats. For example, trainers in Hawaii’s Sea Life Park were stunned when a 400-pound gray female bottlenose dolphin gave birth to a dark-skinned calf that resembled the 2,000-pound male false killer whale with which she shared a pool. The calf was a wholphin, a hybrid that was intermediate to its parents in some characteristics, like having 66 teeth compared with the bottlenose’s 44 and the 88 of the false killer whale, a much larger member of the dolphin family.

Talk about moral breakdown! This sent me to the keyboard. There was a story here! But in July ’09 the first editor rejected “Mermaid,” saying “I was expecting something more ‘mythic,’ something more in keeping with the theme of ‘synanthropes.’” The next editor said, “Ummm, this is an entertaining story, but I have to say no to it. Largely, I'm not into stories where the punch line is basically, ‘I'm pregnant.’” The third editor flatly stated, “Unfortunately, we cannot accept your story for publication.” Cannot? Like, I made a mistake and sent this to a children’s mag? The fourth editor remarked, “Although we really liked the voice of this piece, we both felt that it was the beginning of a story that could go much further.” No, sorry. That was the story. The fifth editor had two objections, apparently pulled from a list: “Incorrect formatting, language, italicized words not underlined” and “The genre of this story was not clearly defined. It read more like a ‘slice-of-life’ story than anything that I would consider fantasy, horror or science fiction.”

Finally, a sixth editor wrote back, “Thank you for ‘Fish Stories and the Mermaid.’ It's one of your most interesting ones.” Don Webb, editor of Bewildering Stories, then proceeded to point out — accurately and line by line — where I had been careless. He asked if I could help readers over these rough patches. I said I could indeed. That was in mid-spring of this year.

Thank you, Don, for running six of my stories and an excerpt from my Cruising collection over the years. Bewildering Stories is one of the best.
at 10:21 AM 1 comment:

The Enchantment of Flea Markets 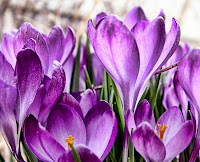 I’ll be the first to admit that collectors often are avaricious people who want to swallow the whole world. Often, however, they restrain themselves to collecting all of a single class of objects. My weakness is cast iron ashtrays with figures, usually drunks leaning against lamp posts. I have a dozen of ‘em. And white-knob windup toys, of which there are scores sitting in the attic.

This led me to write “Million Dollar Find,” a story published June 30, 2011 in r.kv.r.y., an online magazine, at . R.kv.r.y., explains editor Mary Akers, is the phonetic spelling for recovery; these are stories of the recovery process. Was my protagonist Archie Mezinis recovering or just searching? He’s a widower and retired who wanders. His week’s happiness is assured if he finds one of those plastic pencils with a ball at the end — a telephone dialer from the 1950s shaped to keep women from breaking their fingernails. Or a toogle. (What? You don’t know what a toogle is?)

The story was meaningful for me to write because of associations and — well, some things are disappearing and need to be saved. (The first draft was done in 2007.)

As many of you know, the flea market is a field of dreams for the Saturday-morning searcher — a place where past and future meets and the unraveled pieces of lives are knit together. Often, the treasure found is unexpected. I used to drive my daughter to Englishtown on summer Saturdays where she sold T-shirts and sweats. And I’d walk the avenues quickly, scanning every table in half an hour. It’s where I began picking up fast food collectible glasses, which at one point reached over a thousand in quantity.

To this publication, there’s other good news to add:

“Nature Story” was published in Summer 2011 in the Southern Fried Weirdo: Reconstruction anthology (p. 251-53) to benefit tornado victims. Ornithology wasn’t Jerome’s strong suit, but then Jerome wasn’t a normal child. You can download this book from Smashwords, find some enjoyable stories and consider the royalties Publisher/Editor T.J. McIntyre is contributing to Alabama tornado victims.