Score: Lincoln Loses, So Does O’Reilly 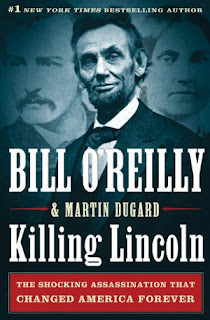 Lincoln’s assassination in 1865 was as shocking as President Kennedy’s almost a century later, but reflected a country still polarized by war.  Killing Lincoln by Bill O’Reilly and Martin Dugard unrolls the drama leading up to John Wilkes Booth’s infamous act while unveiling the band of amateur conspirators.  In fact, history classes tend to skip over the widespread rabid hatred of Lincoln and the motley group that conspired to murder the President.  Perhaps it’s good to be reminded of such things.  O’Reilly earlier wrote Killing Kennedy, so let’s hope there are no more presidential assassinations.

But how true is the fictionalized treatment?  A seven-page index offers no sources, nor does the prologue, but O’Reilly fills his work with interior thoughts and imaginary conversations the way an éclair is puffed up with cream filling: light and airy, but not nutritionally good.  The Huffington Post also uncovers additional factual errors. This is history for non-history buffs, delivering a quick back story of the Civil War generals and their final battles, the political animosities blocking the generosity of our “greatest President,” the nationwide chase to find the assassin, and the tragic aftermath of hanging a possibly innocent Southern woman sympathizer.  It’s a fast read and will deliver information you never learned in school.

This is not a bad book, but somewhat thin after wading through Drew Gilpin Faust and Bruce Catton.  By the middle of June, the book has spent 36 weeks on The New York Times list and is in fourth place among non-fiction works.  This may say more about American reading tastes and Bill O'Reilly's popularity among a certain demographic than it being an original contribution to history.

Historical novels are an enchanting genre that leads readers into the dark corridors of the past.  We walk unseen next to characters — some we’ve heard of and some fictional — who are explorers and adventurers, romantic lovers and nefarious brigands.  Politicians are exposed, the self-righteous are quashed, and the meek inherit the earth before everyone goes home for the day.

Killing Lincoln is a  non-fiction adventure set against a historical backdrop.  Can we dare imagine the guaunt Presidet (with "furled brow") walking alone through cheering throngs at war's end, heedless to the warnings he mght be assassinated?  Do we gasp seeing General Grant show up at the peace table in Appomattox with muddy boots to remind the impeccably dressed General Lee how he was upbraided for sloppiness during the Mexican War?  Do we titter to overhear the conversation between Lincoln and his wife in the closed carriage on the way to Ford's Theatre?

Killing Lincoln is populist literary drama for our times, in which the past and present coexist contemporaneous with each other.  It's branded "history" that really isn't history.  The drawing room drama of Mary Todd Lincoln's ressentment and state-room drama of Lincoln casually dropping in on Secretary of War Stanton could be played out today in a soap opera or on a calbe channel.

Artist and writer Douglas Coupland calls this new literary genre Translit:  “Translit novels cross history without being historical; they span geography without changing psychic place.”  The contemporary reader is tossed into the past without having to leave the present.  It’s almost as if, Coupland says, one “can travel back to Victorian England — only with vaccinations, a wad of cash and a clean set of ruling-class garb.”

In this case, we’re given gripping moment-by-moment drama.  O’Reilly and his partner Dugard adopt the narrative tricks of short writing sections and quick cutting worthy of “breaking news” on Fox News, where O'reilly stated, "I wasn't interested in another boring history."

Shred Your Library (after You’re Dead)

That’s called an attention-getting headline, taking us into a narrative hook.  Truth is, no one wants your bookcases just because they’re full of your memories.  Your kids and other survivors will sweat, wondering what the hell to do with books when you’re gone. 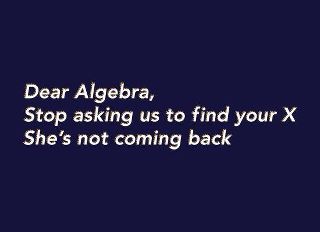 You can truck them down to your library and they’ll give you a note with a fill-in-the-blank for the appraised value.  The books will go on their shelves for sale at 50 cents each.  I’ve gleaned the unwanted books from my “library” and put them in the bathroom, inviting guests to take one, or two or three at no cost.  Thing is, people go into the can and don't come out, with or without a book.

Books don’t get the respect they used to.  One of my kids had a carton filled with a score of copies of a detective story.  The same book.  Twenty copies of Silent Partner by Jonathan Kellerman.  Why?  “I use them for target practice,” he said.

For years, I had the toughest time not finishing a book — even a free book.  I had a moral obligation to read the entire goddamn book.  (Traumatic memories of Mom telling me to clean my plate.)  Then I learned certain books are meant for skimming, others to read and re-read, and a sizable number tossed aside because they’re badly written (Thomas Matthews’ Rejection: a Lou Drake Mystery), or boring (Cockpit by Jerzy Kosinski), silly (anything more by Jasper Fforde) or offensive (The Island, Peter Benchley).

In my hormone-filled high school years, I read Sagan’s Bonjour Tristesse three times in English and once in French, mooning over the exchange student on the school bus.  Vonnegut’s Slaughterhouse Five is another I became enthralled with in 1969 and again in ’06.

I’m religious about taking care of a well-printed and bound book.  (I always use bookmarks.)  The potboilers I buy for four bits each at the library are also treated with respect.  Some, like Allen Ginsberg’s first edition City Lights copy of Howl, is carefully preserved.

I’ve assiduously kept a list of every paper or electronic book I’ve read since 1973.  The inventory tells me to stop reading facile feuilleton (as Herman Hesse called them) and begin reading more fiction by Jonathan Lethem and Paul Auster, or non-fiction by Nathaniel Philbrick and Bruce Catton.  The list memorably reminds me that a hooker in Korea passed along my copy of Ken Kesey’s One Flew Over the Cuckoo’s Nest, obviously left behind by a previous visitor.  There were periods when I snatched up everything by Junichiro Tanizaki, Richard Condon and Philip K. Dick.  I still buy everything by Elmore Leonard, Martin Cruz Smith, Caleb Carr and Pete Hamill.

Now, the titles tumble in my brain like socks in the clothes dryer.  Why did I buy a second copy of Elmore Leonard Killshot?  Forgetfulness.  And, which of William Gibson’s foresightful novels haven’t I read?  I grit my teeth and know that I either need to carry a 26-page printout or find some cranky electronic device like an iPhone to store the document.  But, wait!  I think I can save the list as a PDF file and transfer it to my wheezy old Palm Pilot.

Sorry, now, but I gotta run. Just had an idea.