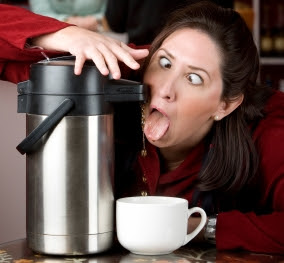 Nowadays, adults call old lies “folklore” or “advice worth remembering,” as though a superstition perpetuated for two or more generations becomes a truth.  It’s the age-old argument about folklore beating up on scientific truth.


I remember as a teenager asking my mother why she never served pork at suppertime.  “Because it’s hard to digest when you’re sleeping at night.”  Of course!  (Figurative slap on the forehead.)  Pork is different than other meat because, well, there’s a religious angle and because someone called it the “other” white meat.


Fish, on the other hand, is “brain food” that makes you smarter, and carrots will improve your eyesight.  Calves liver is needed once a month for “iron,” and here Mom insisted, “I don’t like liver either, but it’s good for you.”


Dinner was a favorite place for teaching.  “Grapes are nourishing,” my mother would say, “but spit out the seeds or they’ll get stuck in your appendix.”  We heard the same warnings about hidden bones in fish that would choke us to death if we weren’t careful.  It’s no wonder that carbohydrates were once my cuisine of choice.


How many years does it take it take to erase the baseless fears that have been taught?  Every day, I’d hear my mother warn my older brother not to take basketball playing too seriously because it could lead to a dangerously enlarged heart.  Or, a sore throat?  “Not a problem, son.  We’ll rub Flammacine (a defunct salve like Vicks Vaporub) on your neck and wrap it in flannel.”


Everyone has at some time been ordered to stop sucking his thumb.  “You’ll get buck teeth.”  And never, ever cross your eyes, even in fun.  “They may get stuck that way forever.”


And while shopping for clothes I heard, “No sneakers except for play.  They’ll make your arches fall and you’ll get flat feet.  That’s why Buster Browns are the best.”


My grandmother provided more mystical visions, if not warnings.  Dropping a fork on the floor meant company — a female — was coming to visit.  (A dropped knife was a male, and a spoon…well, it goes on.)  And there were the usual prohibitions against walking under a ladder (common sense) and warnings against breaking a mirror (that’s gotta go back centuries!).


Even as I headed out to college, I was warned, “Always separate your whites from colors when you do a wash.  (Oh, my God!  Mom was right.)

I finally gained enough momentum to spin away from home and into the Army.  While I was soldiering in Korea, a girlfriend there insisted my headache would go away if I tied a string around my finger.  (Didn’t work for hangovers.)  And it was terribly bad luck to whistle at night.  (She was right.  The slicky boys whistled to each other and broke into our thatch-roofed hut, stealing my wallet and uniform.


Chopsticks had all the Asian symbolism of Western knives and forks.  Girls in Taiwan snickered when they saw me holding chopsticks waaay up at the end.  “You’re going to marry a girl from far, far away,” they chirped.  But they were right.  My wife was Taiwanese.


I was reminded by my friend Jamie Ford, author of The Hotel on the Corner of Bitter and Sweet, “It’s bad luck to play with your chopsticks.”  Yes!  My wife always reprimanded our kids for playing with them, saying with horror, “Never stick them upright in your rice bowl.  That’s how you make an offering for the dead.”  (A marginal thought, on a trip to Hong Kong we watched a young English couple waving their chopsticks like children.  The fellow nearly put out his new wife’s eye.)


So, I’m confused.  Where’s the truth?  CNN News reported breathlessly this week that drinking three cups of coffee a day may prevent Alzheimer’s Disease.  And, salt doesn’t lead to hypertension; salt is a necessity.


I might suggest, however, that New York City’s traffic department check those kids jaywalking across six lanes of traffic.  The kids tell each other, “Cars won’t hit you if you don’t look at them.”
at 8:12 AM No comments: